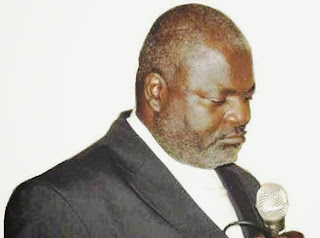 The disgraced Reformed Church of Zimbabwe pastor for Pamushana, Reverend Mernart Zvenyika who committed suicide last week by drinking poison allegedly left an eight-page letter in which he listed workmates, media houses and other people who were to be barred from his funeral.Reverend Zvenyika who took a pesticide allegedly mentioned 18 people including media houses that were not to be allowed at the funeral.Leading the list of the banned were Rev Zvenyika’s boss, RCZ education secretary Cabinson Magaya, RCZ secretary general Charles Juro, Reverend Christopher Munikwa, Munemo and RCZ auditor Jengwa Kujinga.Pamushana High head Lovemore Madhuku who is alleged to have had a frosty relationship with the late did not turn up for the funeral.The rest including Magaya were allegedly ejected from the burial which was held at Mazare near Masvingo.Efforts to get a comment from the Church were fruitless as none wanted to talk about the issue.The Mirror understands that  Zororo Chokera a teacher at Pamushana and Zvondiwa  Chinanga, a former Ward 32 MDCT councillor in Bikita West are nursing injuries after they were assaulted by some family members for failing to leave the funeral after being ordered to do so.Efforts to get a comment from the two were fruitless.Zvenyika was facing an adultery case at the courts in which he was accused of having twice impregnated his married maid and then forced her to abort.The case in which he faced a $10 000 lawsuit from the husband of the maid was extensively covered by the media and Zvenyika accused the media and some of his colleagues of putting him under immense stress thereby contributing to his decision to commit suicide.Zvenyika’s wife is reported to have said during her graveside speech, “Zvaimada zvakazoita imi mapastors” (What you wanted has finally happened).Rosemary Nyamukachi (35) the maid at the centre of controversy signed an affidavit before Zimbabwe Republic Police (ZRP) swearing that she had an affair with Zvenyika and aborted two pregnancies.She was married to Chezhira Mukobvu.news,local