Warning: include_once(): Failed opening '/home/content/p3pnexwpnas12_data03/45/41906345/html/wp-content/plugins/wp-super-cachewp-cache-phase1.php' for inclusion (include_path='.:/opt/remi/php73/root/usr/share/pear:/opt/remi/php73/root/usr/share/php:/usr/share/pear:/usr/share/php') in /var/www/wp-content/advanced-cache.php on line 20
 Drama at Renkini bus terminus when a Chameleon tracks down a thief who had stolen $2500 from an old man | Zimbabwe Latest News
Monday, September 28, 2020 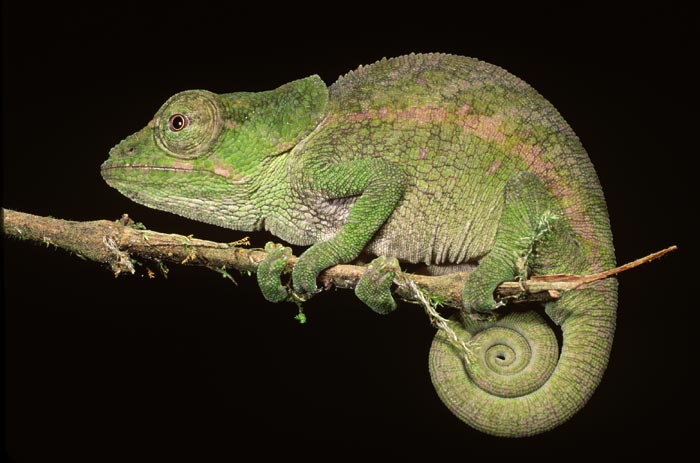 There was drama at Bulawayo’s Renkini bus terminus last Friday when an elderly man brought business to a halt over his lost money.

According to a B-Metro mole, Thembelani Dube claimed he lost $2 500 he got after selling his truck.

A tout who witnessed the drama said; The elderly man was carrying a bag and said there was $2 500. He said he just lost it mysteriously.

“He quickly got into the bus and thoroughly searched but he found nothing,” said a source. It is said Dube reported the loss incident to the police.

A source said Dube later returned and opened his bag and a chameleon quickly came out and moved away. After some minutes a man came begging for help while the chameleon was stuck on his neck.

The alleged thief was taken to the police who cautioned and released him.

“The old man started demanding his bag from touts and even removed his jacket and sprinkled water all over the place in a desperate bid to recover his lost bag, before he came back with the chameleon,” said Nqobani Msipha.

Bus operators were not left out as they gathered to watch the drama unfold. Dumolwenkosi Ndlovu, a bus driver that plies Nkayi route said they were shocked to see a chameleon stuck on a man’s neck.