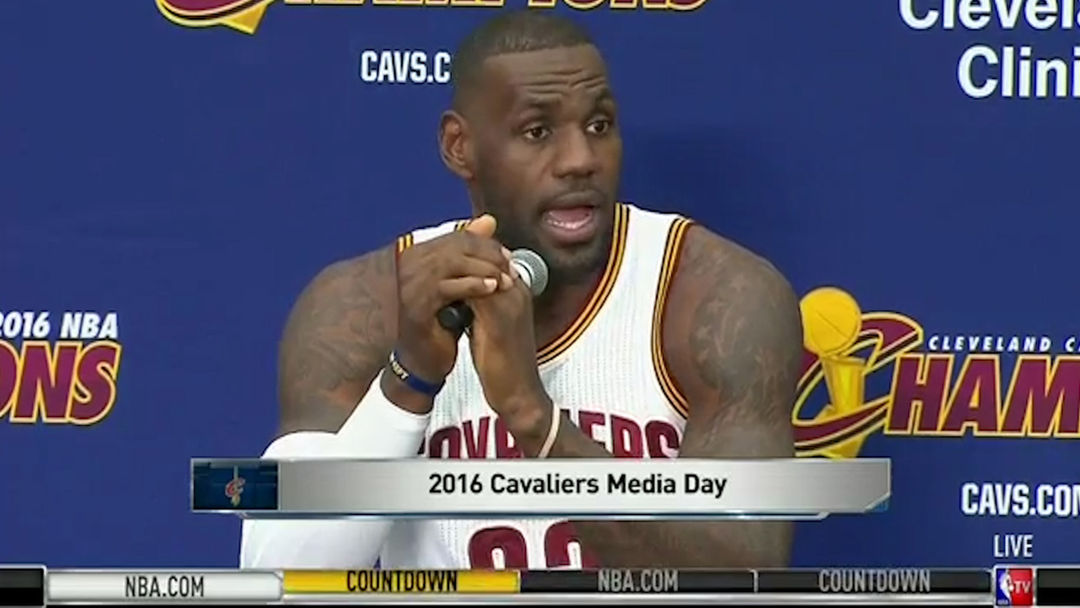 LeBron James says he will NOT follow Colin Kaepernick‘s lead when it comes to the National Anthem … and vows to STAND when “The Star-Spangled Banner” is played during the NBA season.

James was speaking with reporters at Cavs Media Day in Independence, OH when he explained his position.

“Me, standing for the national anthem is something I will do,” James said … “That’s who I am. That’s what I believe in.”

“But that doesn’t mean I don’t respect and don’t agree with what Colin Kaepernick is doing.”