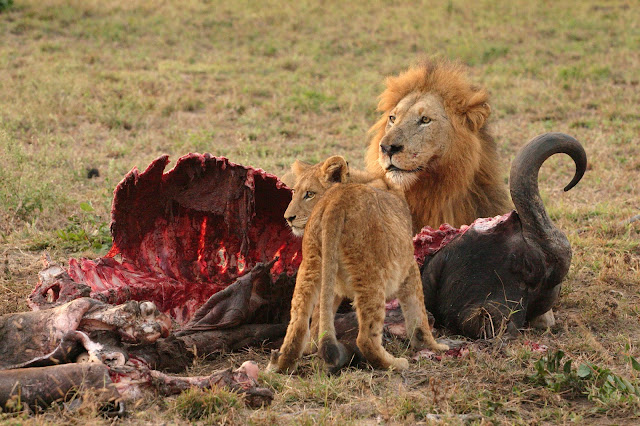 VILLAGERS in Nemadire Village in Birchenough Bridge are continuously living in fear after 132 of their cattle were attacked between 2013 and 2014 by lions roaming from Devure Game Reserve under Save Conservancy.
This was said by headman Nemadire, Mr Luke Hapachinamasikati, during a field visit which was organised by the National Association of Non-Governmental Organisations (NANGO) and the Zimbabwe Human Rights Association (Zimrights). “Between 2013 and 2014, lions from Devure killed 132 cattle and we are now afraid of going into the grazing pastures to look for them. The lions come into our community during the night and we are afraid of walking at night

“We communicated with the district administrator and Parks and Wildlife Management officials but no action has been taken. They told us to erect an electronic fence after accusing us of stealing the barbed wire which was there,” said Mr Hapachinamasikati. He said a man was recently gored by a stray buffalo which he tried to chase away from his crops. “We are no longer doing market gardening because warthogs are also ravaging our tomatoes and vegetables.”

Birchenough Bridge senior wildlife officer Mr Walter Mangoyi said they were facing transport challenges but were doing their best to initiate dialogue between the community and the operators of the game reserve.