A teacher at Matizha Primary school in Gutu, William Nhidza (54), has appeared at Gutu Magistrates’ court facing charges of performing indecent acts on a 15 -year-old who is doing form 3 at Chikwerengwe Secondary School in Chief Serima’s area.

Nhidza is facing three counts of indecent assault including causing the girl to caress his erect private part. 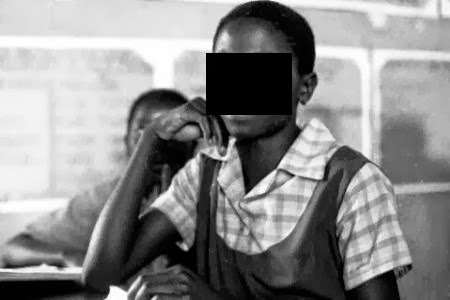 He is also accused of fondling the 15-year-old’s breasts.

It is the State case that during the month of May last year, the complainant who stayed in the school staff quarters went to the school garden to buy vegetables and met Nhidza who proposed love to her and she turned down the proposal.
The accused lured the complainant by buying her soft drinks, biscuits and zapnacks on different occasions whenever he met her at the local shops.

Sometime in October, the complainant went to fetch water at the tap where she met the accused and requested money to buy school uniforms and he promised to give her.

On the third count, the complainant followed the accused after realizing that it was too late and that he was taking too long to come out of the office. Upon arrival at the accused’s office, she was requested to enter into the office and she complied and was told that she will be given money the following day.
While in the office, he sucked her breasts and made her caress his erect penis with her left hand and asked her to have s*xual intercourse with him but she refused.

On the following day, the accused met the complainant whom she requested to come to his office and she complied. Allegedly gave her $10 and told her not to reveal the matter to anyone but she went on to inform her young sister aged 11.

The complainant’s father interrogated her and she disclosed that Nhidza had bought her uniform, fondled and sucked her breast and was also proposing love to her.