The Zanu-PF Youth League yesterday said former Secretary for Administration Cde Didymus Mutasa should be expelled from the party for displaying behaviour inconsistent with the revolutionary party’s principles. The youth league said this at its national executive meeting at Zanu-PF Headquarters, where they 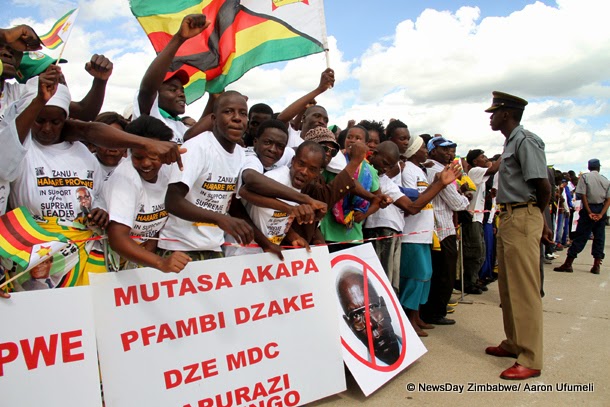 resolved they would petition the Politburo on Cde Mutasa.The meeting was attended by youth chairpersons from all the 10 provinces.In an interview, the youth league’s Secretary for Information and Publicity Cde Evelyn Mpofu said Cde Mutasa should be expelled for denigrating President Mugabe and the ruling party.She said Cde Mutasa must also be recalled from Parliament because he no longer represented the interests of Zanu-PF.“In his remarks during the meeting, National Secretary for Youth Affairs Cde Pupurai Togarepi, spoke about Cde Mutasa and the need for him to be expelled from the party. It was resolved that we petition Politburo for Cde Mutasa to be expelled,” Cde Mpofu said.She also took a swipe at ousted Zanu-PF Mashonaland West provincial chairperson Cde Temba Mliswa, whom she said was mobilising youths in the province against the party.

“What he is doing in the provinces is not right and we will never join him.“As youth league, we stand by the party and we say no more projects to Temba Mliswa,” she said.She called for the youths to remain vigilant and united. Cde Mpofu said the youths should not think that the expulsion of renegades had ended with the party’s congress. She said they would not hesitate to expel youths whose behaviour was inconsistent with the values and principles of the party.Meanwhile, Cde Mpofu said preparations for the 21st February Movement to celebrate President Mugabe’s 91st birthday were at an advanced stage.The commemorations slated for next month will be held in Victoria Falls.“Tomorrow (today) the co-ordinating committee will be travelling to Victoria Falls to tour the site. We are also going to conduct meetings on Saturday January 24 and Sunday January 25,” Cde Mpofu said.The event is organised by the party’s youths annually and last year’s celebrations were held in Marondera.The 21st February Movement commemorations were first held in 1986 and have become an annual event to encourage Zimbabweans, particularly the youths, to emulate President Mugabe’s revolutionary ideas, charismatic leadership and selfless policies.