THE Zimbabwe Revenue Authority has announced a new duty regime for car imports which will see importers paying more than 100 percent of the value of the car with effect from yesterday.
This follows the gazetting of Statutory Instrument Number 148 of 2014 which reviewed the rates of Customs Duty on the importation of certain motor vehicles with effect from 1 November. 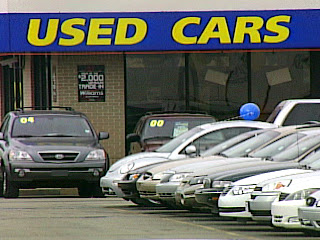 Government gazetted the reviewed rates after Finance and Economic Development Minister Patrick Chinamasa announced that Government wanted to increase duty on motor vehicles, which he said contributed 10 percent of the country’s estimated $4 million import bill in the first half of this year.

However, Zimra announced that overall duty paid in most cases would exceed 100 percent as it is calculated using Value for Duty Purposes which encompasses cost, insurance and freight value plus other incidental charges and expenses incurred in the purchase of the vehicle and its subsequent transportation up to the first port of entry.

The other charges added on the VDP include port handling charges, storage charges and other special handling fees.
According to the duty schedule released by the tax collector, a 2005 sedan with an engine capacity of 1 495cc with a value of $4 000 will now attract total duty of $4 472.

Analysts said the latest duty increase would see a spike in the prices of imported cars, although this would add revenue to the fiscus it was a blow to most people who could not afford to buy new locally assembled cars.

Zimbabweans have been buying used cars from mainly Japan, a situation Government said was worrying as it was resulting in flight of foreign currency.

However, the local car assembly industry is almost dead and the few cars they produce are priced beyond many people’s reach.